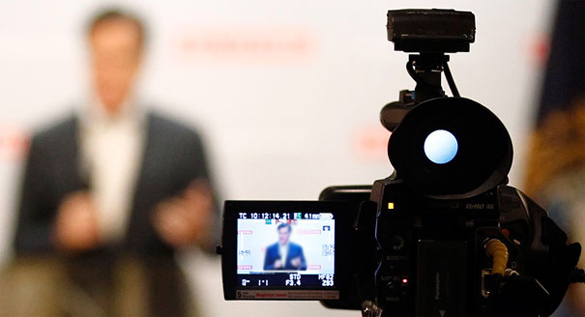 The media that express criticism of Ukrainian President Poroshenko will be automatically equated to "enemies of Ukraine" or "FSB agents," with all ensuing consequences.

Speaking on December 9 at the Verkhovna Rada, the head of the Bloc of Petro Poroshenko faction, Yuriy Lutsenko, said that intelligence agencies of Ukraine should deal with those mass media outlets that criticize the sitting Ukrainian authorities.

"Neo-imperialists take efforts to internally disorganize the Ukrainian state. We have recently seen that the deadly germs of separatism that have brought a third of the Ukrainian Donbass to a state of catastrophe start growing in other areas," said Lutsenko.

He demanded the security forces of Ukraine should confront "anti-state elements and spies, as well as the fifth column of the Kremlin."

"We also demand the Bacchanalia of anti-Ukrainian separatism should be stopped in certain media outlets that are fed from abroad and are freely distributed in Ukraine in millions of copies," said the MP.

Noteworthy, Ukraine works to set up the "Ministry of Truth" that will deal with dissent of citizens. The new department is said to be headed by Poroshenko's relative, Yuri Stets.