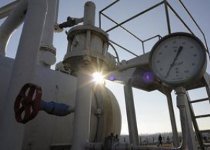 Russian President Vladimir Putin arrived in Austria. The day before, the director of energy company OMV, Gerhard Royce, supported the construction of the "South Stream" gas pipeline and urged not to turn economic integration into "political football."

"One should not turn this economic integration into political football," he told the Wirtschaftsblatt newspaper, adding that it was the foundation for economic prosperity, Xinhua reports.

Royce said that the supply of energy to Europe without Russia's participation is an unrealistic scenario. President Putin is expected to sign a contract with the Austrian company to build South Stream pipeline to Austria, bypassing Ukraine.

Royce also said that one could make exceptions from the Third Energy Package of the EU. The package distinguishes the owners of gas and of the infrastructure. He also called to construct other gas pipeline systems on the continent to create a "real cross-border flow", as the current network of gas pipelines "does not work." Thus, one shall assume that the contract will be signed.