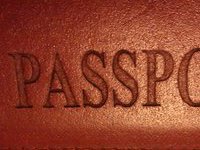 The Professional Association of Foreign Service Officers, PAFSO, announced the termination of the strike of employees of Canadian consulates around the world.

The Russian Union of Travel Industry reports that the Canadian Consulate in Moscow was still unwilling to communicate with the tourist industry. There is still no information on when the tourists are going to receive their passports that got stuck in the consulate office during the period of the strike.

Because of the strike, the summer season for tour operators working with Canadian destinations was frustrated.