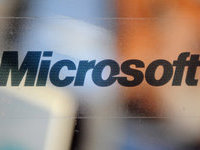 Microsoft has petitioned the government for permission to release documents that offer greater detail about the national security requests it has received, but the request, Smith says, has gone unanswered. In the post, he appeals to the Attorney General directly, asking that he personally see to it that Microsoft and others be allowed to share their practices publicly, reports VGChartz.

Writing on Microsoft's TechNet blog, general counsel and executive vice president of legal and corporate affairs Brad Smith says, "We believe the U.S. Constitution guarantees our freedom to share more information with the public, yet the Government is stopping us", informs Exposion.