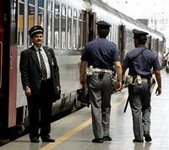 A makeshift bomb was found at a metro station in Italy on Tuesday, according to the ANSA news agency, which said the device had no detonator and therefore did not pose an immediate threat.

The bomb was found at around 10 a.m. local time by a driver at a service yard near the Rebibbia station in Rome, the Italian capital. The explosive device was located underneath a seat on an empty carriage on the B line, WireUpdate reports.

Rome's mayor, Gianni Alemanno, said the device was "too rudimentary" to work. "I can guarantee citizens that all stations of the subway have been checked and there are no further dangers," he said in a statement.

Concerns over possible attacks are high across Europe in the wake of a suicide bombing by an Iraqi-born Swede in Stockholm last week; reports of attacks planned against Germany, modeled on the 2008 raids in Mumbai, India; and terrorism arrests in Britain, France and Spain.

This fall, American officials warned of terrorist threats against European targets. Large demonstrations are expected Wednesday, when the Senate is expected to vote on a contentious school reform bill.

Last week, protests against Prime Minister Silvio Berlusconi turned violent and the police used tear gas on demonstrators who smashed shop windows and burned cars. An estimated 100 people were wounded, none seriously, in the worst violence in downtown Rome in years.