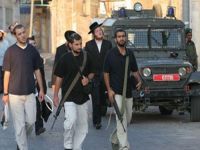 The government of Israel again today showed little willingness to extend the moratorium on construction of Jewish settlements in the West Bank, after it expires at the end of September.

According to a spokesman for the executive, the prime minister Benjamin Netanyahu, rejected the recent request by U.S. Secretary of State, Hillary Clinton, during the second round of direct talks with the Palestinians.

"The prime minister did not change his stance on this issue: there is no decision to extend the moratorium after September 26," said an official from Netanyahu's office quoted by local television media.

Clinton assisted at the Egyptian resort of Sharm El-Sheikh, and Wednesday in the city of Jerusalem, at face to face conversations between the Head of the Israeli government and Palestinian Authority, President Mahmoud Abbas. Both Clinton and Abbas called for Netanyahu to extend the freezing of construction of houses in the occupied West Bank in order to prevent failure of the current process.

Abbas pointed out that he will leave the negotiations if on the 26th the moratorium is left without effect, a move contested by the other side. Extremist Jewish settlers have threatened to overthrow the government.

The controversial settlement freeze happened with irregularities in the West Bank, home to around 300,000 settlers, but excluded work started before November 2009, as well as government buildings, particularly individual schools and synagogues. The measure also did not curb construction in the eastern occupied holy city of Jerusalem, where more than 100,000 Israeli radicals live.

The EU recalled that the Judaizing of the occupied Palestinian territories is "illegal under international law" and called for the extension of the moratorium decided by Tel Aviv last year, also the request made by Egyptian President Hosni Mubarak.

Palestinians point out that the Israeli insistence on expanding settlements may become the biggest obstacle to the creation of an independent and viable Palestinian state with its capital in East Jerusalem.