California To Legalize Marijuana for Recreational Use

California voters will decide in November whether to legalize marijuana for recreational use in the most-populous U.S. state after advocates of the drug gathered enough support to put it on the ballot. 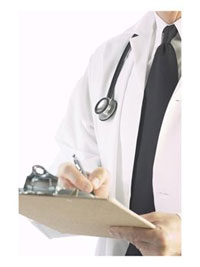 California To Legalize Marijuana for Recreational Use

Advocates of allowing the use of the drug gathered enough signatures to place the initiative before voters in the Nov. 2 election, said California Secretary of State Debra Bowen in a statement today.

California allowed for the use of marijuana for medical reasons under a ballot measure passed in 1996 and more than a dozen other states have followed suit. This year’s proposition would allow anyone over 21 to use the drug and grow it for personal use even though marijuana is illegal under U.S. law, Business Week reports.

"We're one step closer to ending cannabis prohibition and the unjust laws that lock people up for cannabis while alcohol is not only sold openly but advertised on television to kids every day," said legalisation advocate Richard Lee, an Oakland marijuana entrepreneur.

However, a broad range of opponents will be fighting the measure.

California is not alone in the push to expand legal use of marijuana. Legislators in Rhode Island, another state hit hard by the economic downturn, are considering a plan to decriminalize possession of an ounce or less by anyone 18 or older.

A proposal to legalize the sale and use of marijuana in Washington was recently defeated in that state's legislature, though lawmakers there did expand the pool of medical professionals that could prescribe the drug for medicinal use.

And a group in Nevada is pushing an initiative that marks the state's fourth attempt in a decade to legalize the drug, The Associated Press reported.