Clean-up efforts were underway Sunday in flood-hit towns following the heaviest downpours ever recorded in England, as fears mounted for a woman thought swept into a swollen river in Wales. 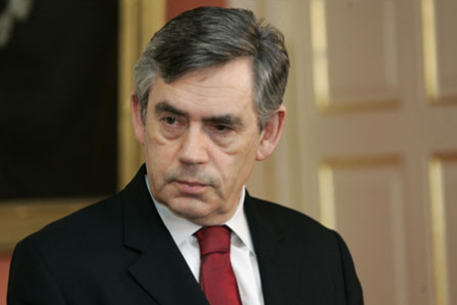 Some 314 millimetres of rain fell in 24 hours -- the highest level since records began -- over Cumbria as torrential rains swept across Britain and Ireland.

The Environment Agency said 65 flood warnings were in force across England and Wales, with four severe warnings in Cumbria, the area hardest hit, AFP reports.

Heavy rain during the past few days has left hundreds of people sheltering in rescue centres, hotels and with family and friends, with the expectation that some will not be able to move back into their homes for up to six months.

Water levels were receding on Sunday, but one bridge in particular, Calva Bridge in Workington, Cumbria, was described as extremely unstable and "could potentially collapse at any time".

Five bridges have already collapsed in the area, including one in Workington which resulted in the death of Police Constable Bill Barker, Reuters informs.

Two more people have died and a third is still missing after being swept away by the raging river torrents which have stretched from Cumbria to Devon.

Forecasters say that further rain and stormy weather is expected on Monday night, bringing more misery to the thousands who have been forced to leave their homes.

The Ministry of Defence said 25 soldiers, from 39 Regiment the Royal Artillery, had been sent to the flood-hit areas to assist the emergency services, according to Telegraph.co.uk