Barack Obama to Give USD 3.4 billion in Grants for Smart Grid

Barack Obama today will announce $3.4 billion in government grants for equipment to improve the efficiency of the nation’s electrical transmission network. 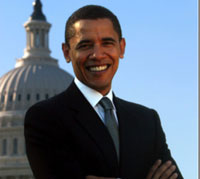 Barack Obama to Give USD 3.4 billion in Grants for Smart Grid

The grants, ranging in size from $400,000 to $200 million, will be used to develop and install “smart-grid” technology to make electricity transmission more reliable and aid the transmission of energy generated from sources like wind and solar power, Bloomberg reports.

Obama will announce the grants on Tuesday when he visits one of the largest solar farms in the country in Arcadia, Florida.

The winning companies have secured an additional $4.7 billion in private money to match their government grants, creating $8.1 billion in total investment in the smart grid.

The White House will act fast to get the money into the economy, with the funds expected to be in the accounts of the winning companies within 60 days. The projects themselves will last 12 to 36 months.

One of the winning companies is Constellation Energy's Baltimore Gas and Electric Co, which will receive $200 million in grants to add to $250 million in private funds to deploy a smart meter network for all of its 1.1 million residential customers, Reuters informs.

When combined with funds from utility customers, the program is expected to inject more than $8 billion into grid modernization efforts nationally, administration officials said.

"We have a very antiquated system that we need to upgrade," said Carol Browner, energy coordinator for the Obama administration, Wall Street Journal informs.