A British court on Thursday gave Foreign Secretary David Miliband a week to reconsider his decision to withhold secret documents that could prove that a man held in Guantanamo Bay was tortured. 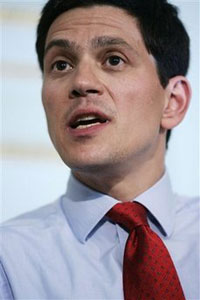 The High Court made the ruling in the case of Binyam Mohamed, who is accused of conspiring with al-Qaida leaders to attack civilians. Captured in April 2002 in Pakistan, he claims he spent 18 months in Morocco and was tortured there before being flown to an alleged CIA-run site in Afghanistan and later transferred to Guantanamo.

The accusation is important in a legal context because evidence obtained by torture will not be admissible during military tribunals being conducted at the detention center in Cuba.

"Compelling the British government to release information that can prove Mr. Mohamed's innocence is one obvious step towards making up for the years of torture that he has suffered," Clive Stafford Smith, director of the human rights charity Reprieve, said in a statement.

In a statement, the Foreign Office said it is considering the implications of the judgment.

The government has cited national security concerns in refusing to hand over documents.

Mohamed, an Ethiopian refugee who moved to Britain when he was 15, is the 20th detainee selected for trial at Guantanamo. He has not yet entered a plea.

The High Court heard the case over five days in August. Only some sessions were open to the public because of the sensitivity of the information.