Man cuts off and cooks in microwave his hand

By Anastasia Tomazhenkova: A man from Idaho cut off his hand using a circular saw. Then he cooked his hand in the microwave and called police. He believed he bore the "mark of the beast". 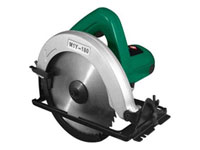 Man cuts off and cooks in microwave his hand

When Kootenai County sheriff's deputies arrived the young man was calm. He was in protective custody in the mental health unit of Kootenai Medical Center.

"It had been somewhat cooked by the time the deputy arrived," sheriff's Capt. Ben Wolfinger said. "He put a tourniquet on his arm before, so he didn't bleed to death. That kind of mental illness is just sad."

It was not immediately clear whether the man has a history of mental illness. Hospital spokeswoman Lisa Johnson would not say whether an attempt was made to reattach the hand, citing patient confidentiality.

The Book of Revelation in the New Testament contains a passage in which an angel is quoted as saying: "If anyone worships the beast and his image and receives his mark on the forehead or on the hand, he, too, will drink the wine of God's fury."

The book of Matthew also contains the passage: "And if your right hand causes you to sin, cut it off and throw it away. It is better for you to lose one part of your body than for you whole body to do into hell."

Wolfinger said he did not know which hand was amputated.