A former terrorist's brother won a lawsuit against police in London, having proved that he was illegally taken into custody. 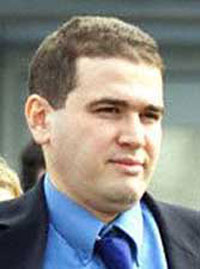 Mohamed Raissi was arrested by police targeting his brother, Lotfi, an Algerian who had been suspected of training the 9/11 hijackers but was later cleared. They were arrested 10 days after the attacks in the United States.

Lotfi Raissi's wife, Sonia, was arrested at the same time. She lost her lawsuit against the police.

Lotfi Raissi, 33, was arrested near London's Heathrow Airport shortly after being indicted by a U.S. grand jury in Arizona. U.S. prosecutors accused him of offering pilot training to the hijackers.

The United States had sought to extradite Raissi on charges of falsifying applications for a pilot's license and other documents.

But a British judge refused to extradite him to face trial and released him after almost five months in custody in February 2002, saying there was no evidence to link him with terrorism.

His application for compensation was rejected by a court in February this year.

Sonia Raissi, 31, and her brother-in-law said their arrests by anti-terrorist police were unlawful and that they were falsely imprisoned. She was released after five days, and he was detained for four days. Neither was charged with a crime.