A judge will open the juvenile trial of one of the black teenagers known as the Jena Six. 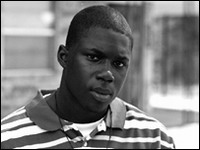 District Judge J.P. Mauffray agreed Thursday to open Mychal Bell's trial but noted in a court filing that he was not required to open pretrial hearings.

Bell, 17, is set for trial Dec. 6 on charges of aggravated second-degree battery and conspiracy for his alleged part in an attack last December on Justin Barker, a white student at Jena High School. Typically, juvenile trials are closed to the public.

The Associated Press and 24 other news organizations filed a lawsuit seeking full access to Bell's case. In his court filing, Mauffray also asked District Judge Thomas Yeager to dismiss the news organizations' lawsuit. Yeager is scheduled to be heard Wednesday.

The charges against Bell and five others sparked a huge civil-rights demonstration in Jena in September. Critics accused Lasalle Parish District Attorney Reed Walters of treating blacks more harshly than whites, because his office did not file charges against three white teens accused of hanging nooses in a tree at the high school shortly before the attack on Barker.