Scientists state more forcefully than ever that climate change has begun and threatens to irreversibly alter the planet, therefore delegates from more than 140 countries agreed on a scientific meeting for policy makers. 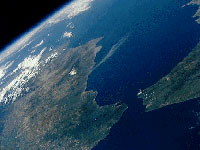 The document, summarizing the scientific consensus on human-induced climate change, will be distributed to delegates at a crucial meeting in Indonesia next month that is intended to launch a political process on international cooperation to control global warming.

Five days of sometimes tense negotiations ended before dawn with the approval of a 20-page summary of thousands of pages of data and computer projections compiled over the last six years by the Nobel Peace prize-winning Intergovernmental Panel on Climate Change.

The work describes how climate systems are changing and why, the impacts it is having on mankind and ecosystems, and various scenarios of future impacts, depending on how quickly action is taken to slow the trend.

The summary and a longer "synthesis report" of about 70 pages were expected to be formally adopted after proofreading. They will be released Saturday at a news conference attended by U.N. Secretary-General Ban Ki-moon.

"Warming of the climate system is unequivocal," the summary begins, in a statement meant to dispel any skepticism about the reality of climate change, said participants in the meeting.

In a startling and much-debated conclusion, the document warns that human activity risks causing "abrupt or irreversible changes" on Earth, including the widespread extinction of species and a dramatic rise in sea levels before the end of this century, they said on condition of anonymity because the details are supposed to remain confidential until Saturday.

"I think overall it is a good and balanced document," said Bert Metz, an eminent Dutch scientist and one of the 40 authors of the draft. "In the end, a lot of people had to compromise," he said.

Though it contains no previously unpublished material, the summary pulls together the central elements of three lengthy reports the IPCC released earlier this year. Boiling down the 3,000 pages into about 20 was "quite a challenge," said Metz.

"I think this will be the scientific imperative" propelling action, said Stephanie Tunmore of the Greenpeace environmental group, an observer at the talks.

The agreement was seen as a personal triumph for the IPCC chairman, Rajendra Pachauri of India, who presided with no-nonsense efficiency and bulldozed through compromise language. Pachauri, who will accept the IPCC's Nobel Peace prize in Oslo on Dec. 10 along with former U.S. Vice President Al Gore, is expected to stand for re-election as head of the IPCC next year, delegates said.

Delegates said the talks this week were difficult, and sometimes bogged down for hours over a brief phrase.

The outcome was "much better than I expected," said Jean-Pascal van Ypersele, the chief scientist of the Belgian delegation. The report was not just "a cut-and-paste" job from earlier papers, but it highlighted more clearly than before the risks faced by the Earth's most vulnerable systems, he said.

The synthesis report is important because it is adopted by consensus, meaning all participating governments accept the underlying science and cannot disavow the report's conclusions. It provides a common scientific baseline for the political talks.

The meeting in the Indonesian resort of Bali starting Dec. 3 will discuss the next step in combating climate change after the measures adopted in the Kyoto Protocol expire in five years. Kyoto obliges 36 industrial countries to radically reduce their carbon emissions by 2012, but has no clear plan for what happens after that date.

Organizers say the new "road map" emerging from Bali should draw in the United States, which rejected the Kyoto accord and which has tried to enlist other countries in voluntary schemes to reduce emissions of greenhouse gases and invest in technology research.

Participants in the Valencia meeting said the U.S. delegation questioned the most hard-hitting statements in the summary that implied an urgency of reining in carbon emissions. But the final text retained key language, they said.

Delegates fought long and hard for the inclusion of issues of special interest: mountainous countries wanted a reference to melting glaciers; island states wanted to include warnings that oceans are becoming more acidic; poor countries insisted on firm language on "adaptation," implying international funding to help them cope with the effects of global warming.

The IPCC reports draw on the research of thousands of scientists which is reviewed by about 2,500 experts, then distilled and drafted by several hundred authors. The "synthesis report," the fourth and final report released this year, further distills those reports into a concise document intended to be an easy scientific reference.