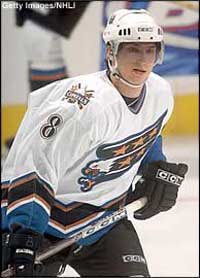 Alexander Ovechkin received a one-game suspension Sunday for a hit to the head of Switzerland player Valentin Wirz at the hockey world championship.

Ovechkin was ejected from Russia's 6-3 win over Switzerland at 8:42 of the first period for a check to the head of Wirz, who needed to be helped off the ice.

After serving a too-many-men-on-the-ice minor for Russia in the first period, Ovechkin stepped out of the penalty box and laid a high hit on Wirz.

Ovechkin will miss Monday's game against Sweden. Russia has already qualified for the quarterfinals of the tournament with a 5-0 record.

Monday's game against Sweden has little meaning other than to determine pairings for the quarterfinals.

According to Switzerland coach Ralph Krueger, Wirz has a slight concussion.