Micah Richards ruled out of qualifier against Estonia 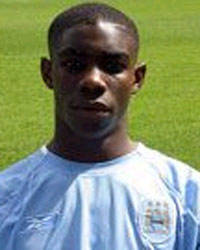 Micah Richards ruled out of qualifier against Estonia

England defender Micah Richards can have the surgery on his calf muscle so he will miss the 2008 European Championship qualifier against Estonia on June 6.

The 18-year-old Richards, who has played four games for England, is currently sidelined after injuring his ankle during the 3-0 win over Andorra in a Euro 2008 qualifier on March 28.

Manchester City manager Stuart Pearce said Richards is likely to have the operation in the offseason.

"We will decide in the next day or so, when his ankle has settled down, when Micah is likely to play again," Pearce said Thursday. "If it is not going to be until the last week of the season, and we have a fully fit defense, it is quite possible we will bring the operation forward.

"Either way, he will not be playing for England this summer. On this occasion, the club has to take priority."