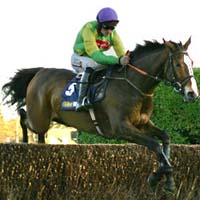 Kauto Star, the 4-7 favorite trained by Paul Nicholls and ridden by Ruby Walsh, broke away from the pack after the penultimate jump at Kempton Park course. The 6-year-old gelding almost fell at the last jump, but recovered to win the 200,000 pounds (Ђ297,900; US$391,000) prize money, reports AP.

"He's a machine I've never ridden a horse like him," Walsh said. "It's a privilege to ride him and he'll be even better going left-handed."

Racing Demon came third, half a length behind Exotic Dancer.