A British land mine amputee completed his 900-kilometer bicycle ride through Cambodia Friday. The man said he had beaten the country’s hot weather and bumpy roads to raise money for Cambodia’s land mine survivors and disabled people. 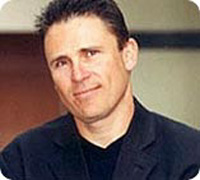 Chris Moon, who lost part of his right arm and leg to a land mine blast in Mozambique in 1995, said he arrived in Cambodia's capital Phnom Penh late Thursday, a week after he started his journey from Poipet, a northwestern market town near the border with Thailand, the AP says.

With stops at night, the journey took him through Cambodia's main tourist town of Siem Reap, and Kep, a small beach town in the country's southwest, before finishing in Phnom Penh.

Moon's only complaint after the journey was a sore bottom from long days on the saddle.

"I'm standing up now because sitting down is not too enjoyable at the moment," the 44-year-old said in a phone interview with The Associated Press.

"It's hot, some of the roads are bumpy, and you've always got to keep your eyes on the traffic as you know here it's different rules of the road," he said.

He completed the tour to raise money for The Cambodia Trust, a Britain-based charity providing rehabilitation for Cambodian land mine amputees, polio victims and other disabled people.

It was Moon's second cross-country journey in Cambodia. In 1999, he did a two-week run from Poipet to Sihanoukville, a port city in southwest Cambodia, also to raise money for land mine survivors.

Moon helped clear mine fields in Cambodia for the British charity Halo Trust before undertaking similar work in the African nation of Mozambique, where he suffered his injuries.

In Cambodia, he had already once survived a potentially deadly situation.

While traveling to clear land mines in a remote village in northwestern Cambodia in 1993, he and his Cambodian translator and driver were abducted by Khmer Rouge soldiers and held captive for three days.

"The commander intervened and wouldn't allow them to kill us, and we were given 24 hours to get out" of the guerrilla-controlled area, Moon said, describing the officer as "a good guy."

The story was featured on the Discovery Channel program "I Shouldn't Be Alive."

Having survived two deadly situations, Moon is determined "to make the best of life."

His last day on the bike on Thursday, he clocked more than 200 kilometers (124 miles).

"It's a lot tougher than I thought it would be... In life we all have the ability to go further than we think," he said, adding he has done charity work in about 20 countries around the world.