The doping scandal surrounding Russian curler Alexander Krushelnytsky continues. Experts opened his doping sample on Monday, February 19, in Seoul, and the sample proved to be positive, British publication Inside the Games reports. 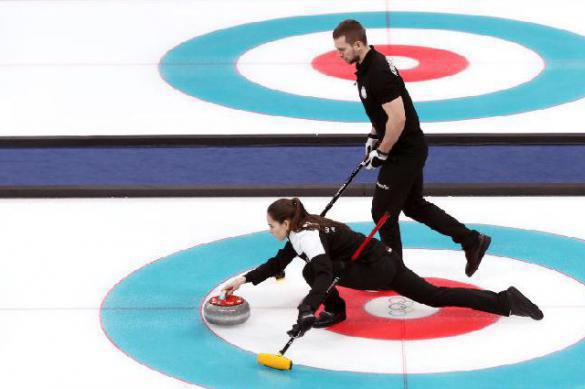 The day before, it was reported that there was meldonium found in Krushelnytsky's doping test.

IOC Communications Director Mark Adams said earlier that the IOC Watch Team will consider Krushelnytsky's case at the end of the Games should his second doping test proves positive as well.

The anti-doping department of the Court for Arbitration for Sports has opened a case into the positive test of the Russian bronze medalist.

Earlier, Alexander Krushelnytsky was surprised at the report about the presence of meldonium in his doping test. The athlete's coach, Dmitry Melnikov, assured that Krushelnytsky stopped using meldonium in 2016 when the drug was banned.

Alexander Krushelnytsky and his wife Anastasia Bryzgalova became bronze medalists at the Olympics in Pyeongchang in mixed doubles.