Russian Olympic bronze medalist Anastasia Bryzgalova has won the hearts of foreign fans of curling. Many compare the Russian curling player to Hollywood stars Angelina Jolie and Megan Fox, while British journalists joke that Bryzgalova has stolen the Olympics, because many fans watch curling just because of the beautiful Russian athlete, Vesti reports. 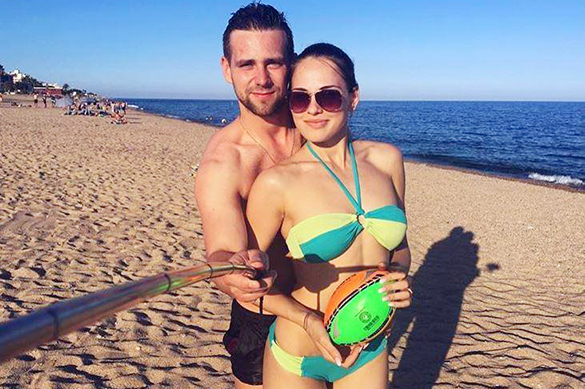 After the successful performance of the Russian curling team at the Winter Olympic Games in Pyeongchang, the number of Bryzgalova's subscribers on Instagram has been growing from 35,000 on February 13 to about 70,000 on February 14.

Earlier, the Russian athlete and her husband and partner in the game, Alexander Krushelnytsky, won the bronze in double-mix. In the match for the third place, the Russian couple defeated Norway with 8:4.

After the match, the Russian admitted that she was not thinking about her popularity, but rather about the popularity of curling in Russia. "We knew that Russia did not have an Olympic medal in curling, and to make this game popular in Russia, we have to bring the medal, and this is what we came here for," Anastasia Bryzgalova said.

The most beautiful couple of world curling registered their relationship in the summer of 2017. The wedding was held in St. Petersburg, where the athletes live.