The Russian tricolour appeared in the hands of a Korean couple in the stands during the short program of men's singles. 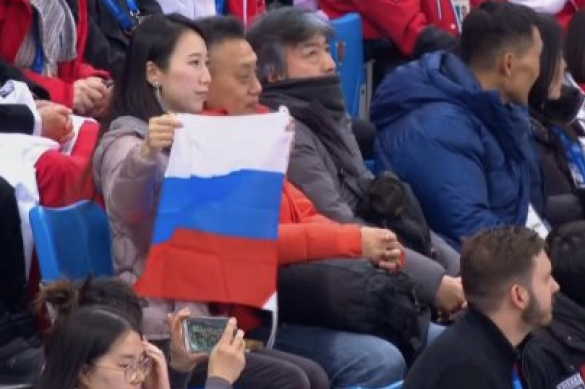 Earlier, it was reported that Russian athletes could buy and wear hats of white-blue-red colours that are sold as official Olympic merchandise.

The Russian national team may march at the Olympics in South Korea carrying the national flag at the closing ceremony, the head of the organising committee of the 2018 Olympics, Lee Hi-bom said.

"Russian athletes will participate in the Games from the very beginning, and although the athletes will not be allowed to compete under their flag, they will be able to raise it at the closing ceremony," the official said.