Can Russia perform under Soviet flag during 2018 Winter Olympics?

On December 5, the Executive Committee of the International Olympic Committee (IOC) suspended Russia from the Winter Olympics in the South Korean city of Pyeongchang. On December 17, the IOC prohibited the use of Russian national symbols at the Games. On January 16, 2018, it was reported that a special commission of the International Olympic Committee was going to consider a possibility to let Russian athletes use the flag of the Soviet Union during the Games in Pyeongchang. 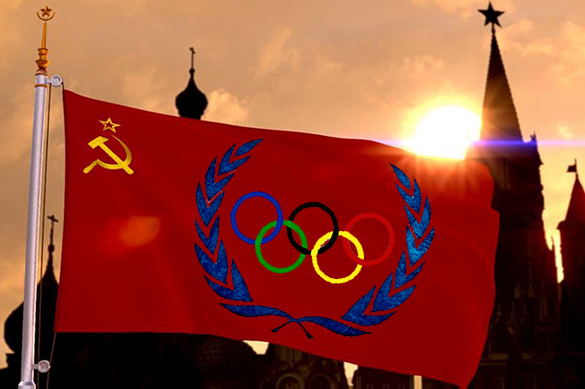 Commentator Dmitry Guberniev told Pravda.Ru that such an idea was nonsensical.

"There is no such country as the USSR, how can they consider using the Soviet flag? Can they consider the flag of the tsarist Russia too? This is impossible even from the economic point view - who is going to make all the costumes? I do not think that such statements can be serious," said Dmitry Guberniev.

Irina Viner, the coach of the Russian national rhythmic gymnastics team, told Pravda.Ru that such an idea was most likely a hoax. "I would have heard about it first, I think it's a hoax, and the journalists who say such things astonish me," she said.

"These are proposals from certain officials, members of public chambers," Leonid Tyagachev, honorary president of the Russian Olympic Committee, told Pravda.Ru. "We have the final decision of the IOC, and Russian athletes will perform under the flag of the IOC, rather than the neutral flag, as journalists mistakenly suppose," said the expert.

It is worthy of note that the idea to send Russian athletes to South Korea to perform at the 2018 Winter Games under the flag of the Soviet Union was originally proposed by director of the Great Moscow Circus, Edgard Zapashny, who posted such a message on his social media page.

"Let's write: "USSR." After all, there is no such country, so it's just symbolism. Russia is the successor to the Soviet Union, and most importantly, it was only the USSR that they [the West] feared more than they now fear Russia. Let out guys and girls wear the "USSR" proudly and show everyone what they can do," said Zapashny.