The press service of "Russia-2018" organising committee with the support of FIFA announced that gays and lesbians will be allowed to hold hands and kiss each other when attending football matches of the World Cup 2018 tournament in Russia. 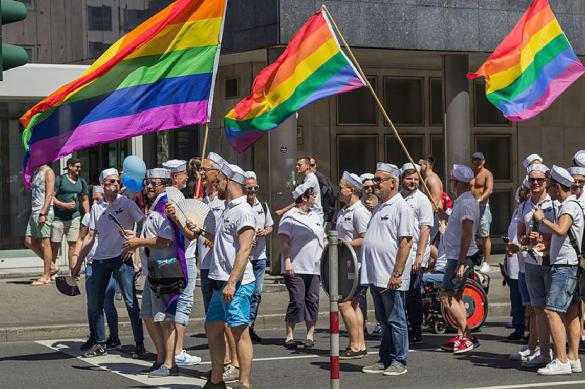 Russia's law against the gay propaganda contradicts the basic principle of FIFA about the equality of people regardless of their race, gender and sexual orientation, sports.ru reports.

"Any displays of emotions and expressions of feelings that do not violate public order and correspond to general cultural principles of conduct are a natural and integral part of football," the message said.  The 2018 FIFA World Cup is no exception and the event is intended to become most comfortable and hospitable for all guests and participants of the tournament.

At the same time, manifestations of aggression at stadiums is inadmissible in any form, regardless of reasons - whether it is sexual orientation, religion, affiliation with a particular culture, etc. "Russia-2018" organising committee together with FIFA will do everything to ensure safe and comfortable stay at stadiums for everyone during World Cup matches.

Earlier, it was reported that the European network of organisations against discrimination in football - Football Against Racism in Europe - recommended homosexual individuals should not hold their hands when they go to Russia for the 2018 World Cup.