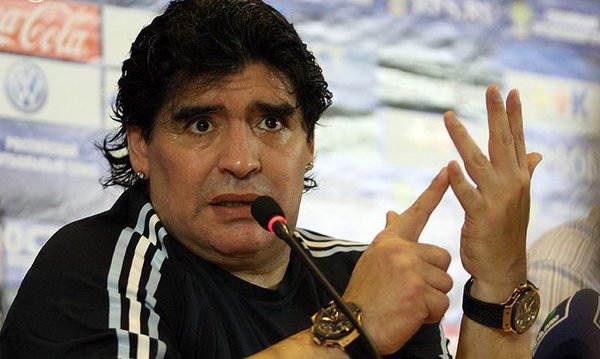 Maradona was in Moscow as part of "Russia loves football" project. Diego Maradona attended the final match of the Confederations Cup, which took place in St. Petersburg. He took part in the ceremony to award most outstanding players of the tournament.

There is nothing surprising about Maradona's wish to become a Russian citizenship, given his previous statements. The great footballer has repeatedly set out his admiration for Russian President Putin, calling him a man who can bring peace to the planet.

Earlier, Maradona said that he was ready to become a head coach for the Russian football team. President Putin personally invited Maradona to Moscow. Diego Maradona currently helps in the organisation of the World Cup 2018, although he did not specify any details about his role in the event.