Rio looks at Russians with anger

On Sunday, August 7, during a swim in the 100-meter breaststroke, the audience booed Russian athlete Yuliya Efimova. The Western media noted that the Russian swimmer remained firm and professional and found strength to ignore the sound of people's disapproval. Having showed the best result in the semifinal swim, Efimova again heard disapproving shouts from the stands. 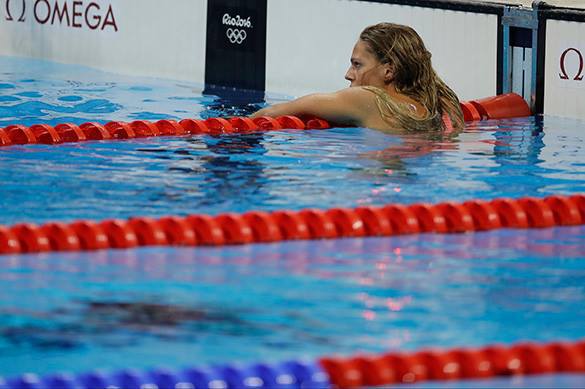 Earlier, the IOC excluded Efimova from the Rio Games, but the swimmer appealed against the decision and won. Yuliya Efimova was allowed to take part in the Olympic Games a day before the first competition in Rio.

"I think that my country is proving it to all that we still can win gold, and this is not the last gold medal that we have won. All of the athletes who came here from Russia are strong and they have not been broken psychologically," Beslan Mudranov said.

Against the background of the tense situation in the world of sports, Russian athletes can easily become a target for anger. Many experts believe that the decision of the IOC was  "cowardly", "weak-willed" and "politically motivated." The Russian athletes were used as puppets for political purposes.

"This situation has affected our country and became painful for many athletes. I guess that we found ourselves in the middle of a political game. It is a shame that it is athletes who have to carry the burden of that. They had a unique chance to take part in the Olympics, but they could not use it. I think it is unfair," Natalia Kuzyutina, a winner of a bronze medal in judo, said.