Russian President Vladimir Putin called on the fans of the Russian national ice hockey team not to be upset about the bronze medal that team Russia won at the Ice Hockey World Championship. 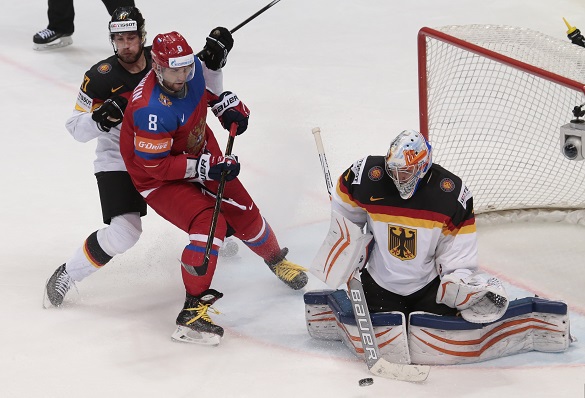 Putin congratulated Russian ice hockey players on winning the bronze medal after the final match of the championship. "I know that fans were hoping for more, but sport is sport and hockey is hockey. The guys were playing their best, they have showed themselves wonderfully and I heartily  congratulate them," Putin said.

Also read: Five myths about Russian ice hockey
Putin also congratulated the Canadians and the Finns on their gold and silver medals. "Thank you, Canada, for giving the world such a wonderful, sparkling sport. Thank you, team Finland, for your  wonderful, beautiful, talented game," Putin added.

According to Putin, the players of the Russian team have done their best in the 80th IIHF Ice Hockey World Championship. "The 80th IIHF Ice Hockey World Championship was watched in 160 countries around the world by millions of people. I want to thank President of the International Ice Hockey Federation Rene Fasel for choosing Russia as the host for the championship, and I also congratulate him on his re-election to the post. And we are very grateful to all athletes for the holiday that they gave us! Good luck and new victories to all athletes!" Russian President Putin concluded.

Russia won the bronze medal in the 7:2 match vs. USA.