Ukraine won't give Euro-2012 away to anyone

The final part of the European Football Championship (Euro-2012) will take place in accordance with the previously approved schedule, despite the recent explosions in Ukraine's Dnepropetrovsk. 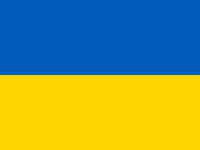 The former president of the Polish football union and the UEFA coordinator for the organization of Euro-2012 in Poland, Mihal Listkiewicz, stated that the final part of the Euro-2012 would take place in Ukraine, as was originally planned.

According to him, UEFA was certain that Ukraine and Poland would organize true celebration of football on their territories. There is no need to change the format of the championship at all, Ukraine-2012 news center said.

"I know that UEFA does not even consider a possibility to change either the dates or the locations for the tournament. If several politicians do not attend the matches of the tournament, it will not be that important. Footballers and fans are much more important here. We have done a good job and we intend to hold the championship on a top level," the official said.

It is worthy of note that the head of Spain's Football Federation, Angel Maria Villar, addressed to the UEFA administration with a request to relocate the European Football Championship from Ukraine. The request was connected with the political situation in Ukraine: the recent explosions in Dnepropetrovsk and the scandal with Yulia Tymoshenko.

German Chancellor Angela Merkel also expressed her protest in connection with the state of affairs in Ukraine. German ministers, Merkel added, should boycott the matches of Euro-2012 in Ukraine.

Moreover, German newspapers wrote that German fans started to return their tickets because of high prices on transportation and hotels.