Rafael Nadal, the world number one, fittingly took home the Wimbledon 2010 trophy, proving that he deserves to be at the top spot in the rankings. 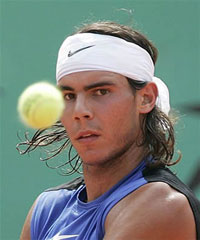 Seeded number 2 at Wimbledon, Nadal sent home Tomas Berdych in straight sets to claim his second Wimbledon title, and increase his supremacy on grass. In the women's section, it was the number 1 Serena Williams who took home the trophy, defeating Vera Zvonareva in straight sets, Buzzle reports.

The top-ranked Williams, who won Wimbledon for the fourth time Saturday, eased through seven rounds without losing a set. Nadal had the more arduous journey, being pushed to five sets in rounds two and three while battling soreness in his right knee that subsided for his later matches, The Associated Press reports.