Madonna signed a deal with a concert promoter Live Nation Inc. that will give the company an all-encompassing stake in the music of the Material Girl. 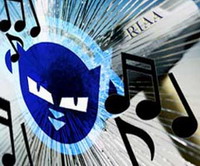 Financial terms were not disclosed in the joint statement released by Madonna and Live Nation.

The deal is worth about $120 million (85 million EUR) over 10 years, a person who spoke on condition of anonymity because of the confidential nature of the matter previously told The Associated Press.

The official announcement came after weeks of speculation that Madonna would abandon Warner Music Group Corp., which refused to match the Live Nation deal.

Madonna said in the statement that she was drawn to the deal with Live Nation because of the changes the music business has undergone in recent years.

"The paradigm in the music business has shifted and as an artist and a business woman, I have to move with that shift," Madonna said. "For the first time in my career, the way that my music can reach my fans is unlimited. I've never wanted to think in a limited way and with this new partnership, the possibilities are endless."

Shares of Live Nation rose 8 cents to $21.50 during afternoon trading.

Under terms of the deal, Madonna, 49, would receive a signing bonus of about $18 million (13 million EUR) and a roughly $17 million (12 million EUR) advance for each of three albums, the person said. A portion of the compensation would involve stock, the person told the AP.

Madonna could also benefit significantly from the touring component of the agreement, which gives Live Nation the exclusive right to promote her tours, the person said.

Live Nation CEO Michael Rapino said in the statement that Madonna will be the founding artist in its new Artist Nation division, created to partner with musicians to manage their diverse rights and provide global distribution and marketing.

"I am thrilled that Madonna, who is also now a shareholder in our company, has joined with us to create a new business model for our industry," Rapino said. "Bringing all the varied elements of Madonna's stunning music career into the Artist Nation and Live Nation family, moves her future and the future of our company into a unique and extraordinary place."

Some Wall Street analysts have questioned whether Live Nation can squeeze out a significant profit from the deal. The Material Girl's age has also led some to suggest she may not be as bankable a recording artist as she's been in the past.

Arthur Fogel, the head of global touring at Live Nation who has produced Madonna's last three tours, shrugged off the criticism, blaming "ageism" for doubts about her ability to sell CDs and fill arenas.

"Madonna is an incredibly talented and vital artist and will continue to be," Fogel told the AP. "Clearly, we would not have done this deal if we didn't have a great expectation of great returns."

"I'm amazed that our stock hasn't jumped considerably in that we're absolutely delivering what we talked about for two years," he said, referring to Live Nation's efforts to grab a bigger slice of the music business beyond touring.

"This is not about a Madonna deal ... Madonna is the validation that this division is the strategy that's come to life," Rapino said.

The company expects to do other all-encompassing deals involving a range of artists, from superstars to new talent.

"There's no reason it can't work with a baby band," Rapino said.