Paris Hilton may spend 45 days in jail for drunken driving

Paris Hilton will have a very unglamorous new address if prosecutors get their way: the Los Angeles County jail. 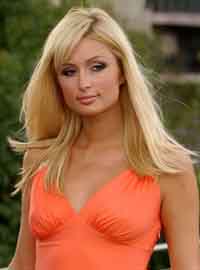 Paris Hilton may spend 45 days in jail for drunken driving

The city attorney's office filed documents in Superior Court recommending the hotel heiress and TV star be jailed for 45 days for violating terms of her probation for an alcohol-related reckless driving conviction.

Prosecutors also want Hilton to stay away from alcohol for 90 days and wear a monitoring device that will chart whether she complies. And they are seeking to have her license suspended for an additional four months.

The recommendation will be reviewed by a judge when Hilton appears for a probation violation hearing on Friday. The judge can accept it or impose a different penalty. The maximum penalty is 90 days in jail.

City Attorney Rocky Delgadillo said Hilton is being treated the same as anyone else.

"Anyone who would have conducted themselves in a way that resulted in this set of facts, we would have made the same recommendation of 45 days in county jail, regardless of whether they were a celebrity or not," he said Thursday.

Delgadillo said he is requesting Hilton serve her time in the county jail, but where she is incarcerated is up to the judge. He said Hilton could request to be housed in a jail of her choice but if the judge grants that she would be required to pay the costs of her incarceration.

Hilton, 26, pleaded no contest in January to reckless driving stemming from a Sept. 7 arrest in Hollywood. Police said she appeared intoxicated and failed a field sobriety test. She had a blood-alcohol level of .08 percent, the level at which an adult driver is in violation of the law.

Hilton said she had only a single margarita at a charity event that evening but may have been "speeding a little bit" while on her way to get a hamburger.

A no-contest plea is not an admission of guilt but is equivalent to a guilty plea for determining sentencing. She was sentenced to 36 months probation, alcohol education and $1,500 (EURO 1,100) in fines.

Two other traffic stops are what landed Hilton back in court.

On Jan. 15 she was pulled over by the California Highway Patrol. Officers informed Hilton she was driving on a suspended license and she signed a document acknowledging she was not to drive, according to court papers.

She then was stopped by Los Angeles County sheriff's deputies on Feb. 27 and charged with violating her probation. Police said she was pulled over at about 11 p.m. after authorities saw the car speeding with its headlights off.

Hilton's spokesman, Elliot Mintz, said at the time she was not aware her license was suspended. A call Thursday to Mintz was not immediately returned.

Prosecutors say by signing the document after the first incident Hilton knew she was not to drive. They also note that as of April 17 she had yet to enroll in the required alcohol education program.

She stars in the reality TV series, "The Simple Life," now in its fifth season, with Nicole Richie. She appeared in the 2005 film, "House of Wax" and recently finished filming "The Hottie and the Nottie." She also is a handbag designer and has a namesake perfume.