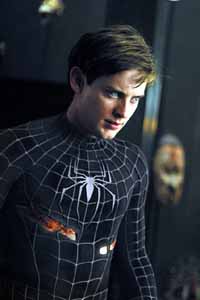 'Spider-Man 3' is off and flying, with record-setting opening-day ticket revenues in Asia.

The film topped the first-day grosses for Spideys 1 and 2 in both Japan and South Korea on Tuesday. It enjoyed the biggest opening-day ever for any film in Hong Kong and South Korea.