New shipments of a Beyonce album released earlier this month will not include a remake of British pop singer Des'ree's song "I'm Kissing You" until "misunderstandings" over legal clearances are resolved, Beyonce's management company said. 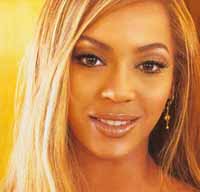 Music World Entertainment said early versions of Beyonce's album, "B'Day Deluxe Edition," that included the track were not being pulled from store shelves.

Published reports earlier this week said copies of the album were being yanked after a copyright infringement lawsuit was filed against the singer and her record label on behalf of the song's co-writers, Des'ree, whose full name is Des'ree Weeks, and Timothy Atack.

"There reports are inaccurate," the firm said. "Unfortunately, there were some misunderstandings regarding whether Des'ree's song '(I'm) Kissing You' was cleared for release in the United States."

Versions of Beyonce's album released internationally will not be affected by the change, as they did not include the remake of the disputed track, the firm said.

Beyonce's remake, titled "Still In Love (Kissing You)," was included on versions of "B'Day Deluxe Edition" that were released in the U.S. beginning on April 3.

A companion DVD to Beyonce's album also included a music video for the song.

Last week, the firm that administers the rights to "I'm Kissing You," sued Beyonce, her label, Columbia Recording Corp., its parent company, Sony BMG Music Entertainment, and others with ties to her album.

In the complaint, which was filed in U.S. District Court in New York, The Royalty Network Inc., argues that even though Beyonce's version of the song has an altered title and additional lyrics, the singer and her record company failed to get a written agreement to release their remake.

The Royalty Network Inc., asked the court to order Sony BMG to stop distributing copies of the album with the song. The lawsuit also seeks to recover damages in excess of $150,000 (EUR110,000).

Representatives for The Royalty Network and Sony BMG declined to comment on the lawsuit Friday.

Representatives for Beyonce's record label could not be reached late Friday.

Music World Entertainment declined to comment on the lawsuit.