Car theft charges against Daniel Baldwin are dismissed in California 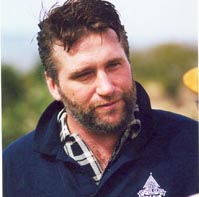 Car theft charges against Daniel Baldwin are dismissed in California

"After following up on statements that were provided to us by witnesses and the victim, we determined that the evidence didn't support us going forward with the case," she said.

Authorities had alleged Baldwin stole a 2003 GMC Yukon from his friend Ken Smith, but Baldwin said it was a misunderstanding. Smith reported the car missing without knowing his cousin lent Baldwin the keys to the vehicle, the actor said.

Baldwin's attorney, Grant Hoagland, said Smith recently met with prosecutors and told them the arrest was a mistake.

"It's wonderful. It's what I've promised him all along," Hoagland said. "I knew that they didn't have a case against Daniel."

Baldwin, the brother of actors William, Stephen and Alec Baldwin, is currently in a court-ordered drug program after being arrested last year in a cocaine possession case. Police said they found the actor and another man in a Santa Monica hotel, along with cocaine and drug paraphernalia.

The second-eldest Baldwin brother has appeared in the television series "Homicide: Life on the Street" and the movie "Car 54, Where Are You?"