London Subway maintenance workers London will strike for three days to protest the reassignment of some workers. 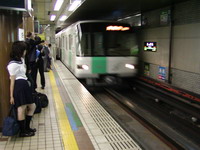 The RMT Union, which represents some 2,000 subway maintenance workers, opposes Metronet Rail Group's decision to transfer about 250 workers to one of its shareholders, Montreal-based Bombardier Inc.

Metronet said the workers were needed by Bombardier to work on a fleet of new, air-conditioned trains.

A strike would leave many of London's subway lines without maintenance personnel for 72 hours and could eventually lead to cancellations and delays.

"We will do what we can to push those trains out, but progressively it is likely that fewer and fewer trains will become available," Metronet spokesman Paul Emberley said. Metronet said it would stand by its decision, and that it would transfer some 800 of its maintenance employees to Bombardier by the end of the summer if the union did not back down.

RMT said it would consider extending its strike if Metronet went ahead with the plan.