Another TV talent contest is on the horizon, this one featuring members of the Jackson family. 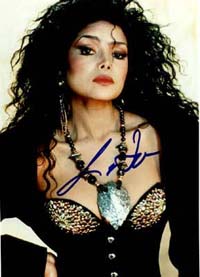 "Pop Dynasty" is the working title for a contest aimed at finding a family of singers a la the Jacksons, a CBS spokesman said Wednesday.

Jermaine, Tito and LaToya Jackson - but not Michael or Janet, the most famous Jacksons - will serve as judges. LaToya Jackson, who has had a solo singing career, was featured on the CBS reality show "Armed and Famous."

Jermaine Jackson is one of the principal partners for "Pop Dynasty." Jamie Foxx ("Ray," "Dreamgirls") also is involved with the project, CBS said.

Details of the show are being worked out and the network has not settled on an air date.

The success of "American Idol" on Fox has generated a flurry of contest shows, including "America's Got Talent," "Dancing with the Stars" and "Skating With Celebrities."

Starting in the 1960s, Jermaine and Tito performed with brothers Jackie, Marlon and Michael as the Jackson Five, producing hit songs including "ABC" and "I Want You Back."