Invitations sent out for Rai-Bachchan wedding

For weeks now the Indian media has been reporting that the couple will wed in a small private ceremony on April 20 at Bachchan's family home in suburban Mumbai, but the family has made no comment. 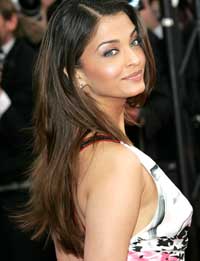 Invitations sent out for Rai-Bachchan wedding

The wedding invitations were sent to a select few - including industrialist Anil Ambani and his wife, Tina, filmmaker Karan Johar and actor Anupam Kher, The Times of India reported.

The card, embossed with two entwined As and delivered with a box of chocolate meringues, also invited guests to a pre-wedding party on April 18, the paper reported, citing a friend of the families.

Included in the card was a poem on new beginnings by Bachchan's grandfather and renowned poet Harivansh Rai Bachchan, who died in 2003.

The couple were engaged in a private ceremony in January, and the Indian media has been filled with news about both families making religious offerings at temples in northern India considered auspicious among Hindus.

Bachchan, 31, and Rai, 33, have worked together in several movies. In their most recent collaboration "Guru," Bachchan plays a man from a small Indian village who works his way up to becoming a top industrialist, while Rai plays his supportive wife. The two also starred in a period drama "Umrao Jaan," "Kuch Na Kaho" or "Say No More" and "Dhaai Akshar Prem Ke" or "Two and A Half Words of Love."

Rai is one of the most recognizable Indian faces abroad having starred in several commercials for cosmetic companies and has acted in more than 30 movies.

Bachchan comes from a famous Bollywood movie family - his father, Amitabh, and mother, Jaya, are among India's best known actors