The founder of the "Girls Gone Wild" video empire was taken into custody by federal marshals. He had to face a contempt of court citation after initially defying a federal judge. 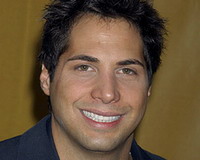 Joe Francis was booked into the Bay County Jail, said Ruth Sasser, a spokeswoman for the sheriff's office. "His attorneys continue to work toward a settlement," Ronn Torossian, a Francis spokesman, said in a statement e-mailed to The Associated Press.

Francis, 34, makes an estimated $29 million (21.6 million EUR) a year from videos of young women - often college students on spring break - exposing their breasts and in other sexually provocative situations.

He appeared Tuesday afternoon before federal Magistrate Larry A. Bodiford, who ordered him held without bail. Torossian said Francis would likely be held until at least Thursday, when he is scheduled to appear before U.S. District Judge Richard Smoak, the judge who issued the contempt citation.

He drew the contempt citation during negotiations in a civil lawsuit brought by seven women who were underage when they were filmed by his company on Panama City Beach in Florida during spring break in 2003.

Lawyers for the women told Smoak that Francis became enraged during the settlement talks, shouting obscenities at the lawyers and threatening to "bury them." Smoak ordered Francis to settle the case or go to jail for his behavior.

Negotiations continued with the help of a mediator, but broke down Thursday, and Smoak issued a contempt of court warrant.

The 11th U.S. Circuit Court of Appeals in Atlanta refused to let him remain free pending an appeal.

Torossian told the AP that Francis "surrendered on his own 100 percent." But U.S. Marshals spokesman Dominic Guadagnoli said marshals were monitoring the airport and were tipped to Francis' arrival.

"We were not aware that he would be flying in in the morning. He stepped off the jet, and he was immediately arrested," he said. "If he was coming to Panama City to turn himself in, he was a day late and a dollar short."

Francis had said Thursday he would settle the case to avoid jail time. "I'll give up a billion dollars, but it will be under duress," he said, arguing that any money given would be voided in an appeal.