The group behind security measures for next-generation DVDs has fixed a leak that allowed hackers to discover the keys for unlocking movies on HD DVD andBlu-ray discs. 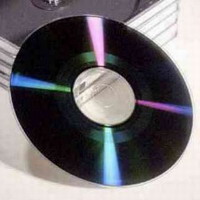 Makers of software for playing the discs on computers will offer patches containing new keys and closing the hole that allowed observant hackers to discover ways to strip high-def DVDs of their protection.

Digital rights management protection, or DRM, is intended to prevent copying of the movies. Hackers working late last year and early this year were able to observe computer code found on the PC-based DVD players and discover keys that unlock protections on all high-def discs, so copies could be made.

On Monday, the group that developed the Advanced Access Content System said it had worked with device makers to deactivate those keys and refresh them with a new set.

"The device keys associated with the InterVideo player are being deactivated and InterVideo has updated its player," Ayers said. "They are taking steps that block off access to the inner workings of the application."

New high-def DVDs will include updated keys and instructions for older versions of the PC-playback software not to play discs until the software patch has been installed.

Corel has told users of its software that failure to download the free patch will disable the ability to play high-def DVDs.

Stand-alone DVD players, such as the Toshiba HD DVD player and the Sony Blu-ray player, are not affected by Monday's announcement. So far, no problems have been found with their security.

Ayers said future assaults by hackers can be similarly fixed by replacing compromised keys with new ones.

"AACS is a high-profile technology and is protecting high-profile content, so we fully expect there will be future attempts," Ayers said.