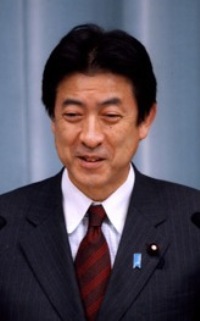 Cases of parents abandoning their newborns in parks and shopping centers became more frequent and  made one of Japanese hospital make a decision to push ahead with plans for an anonymous baby drop for unwanted infants.

TheCatholic-run Jikei Hospital in the southern city of Kumamoto received local government permission for the service on Thursday and hopes it will reduce cases of abandoned babies and abortions, according to head nurseYukiko Tajiri.

The move came despite criticism from top government officials that the drop could spur more parents to abandon their babies. Tajiri said the hospital was simply trying to save lives.

"This hospital places great value on life," Tajiri said. "We want to widen the choices available to women."

Similar baby drops exist in Germany and South Africa. Some U.S. states, such as Alabama and Minnesota, have programs that protect the identities of women who give up their babies.

At Jikei, a small window will allow people outside to leave their babies in an incubator, and an alarm will notify staff once an infant is placed inside, according to Tajiri.

Babies received will be cared for at the hospital and then put up for adoption, Tajiri said. The hospital is expected to start accepting babies in 3-4 weeks, she said.

A series of high-profile cases in which parents abandoned newborn babies in parks, supermarkets, and even in bicycle baskets - have triggered an outcry here.

In September, a newborn baby girl was found in a restroom at a shopping mall in Hokkaido, northern Japan, according to the daily Yomiuri Shimbun. Her parents have not been found, the newspaper said.

Meanwhile, with no law against abortions and no clear religious taboos in predominantly Buddhist Japan, the procedure is readily available and widespread.