French director Luc Besson said Wednesday he thinks the quality of mainstream American cinema is declining because Hollywood studios are replacing artists with lawyers and agents, but that U.S. independent movies are going strong. 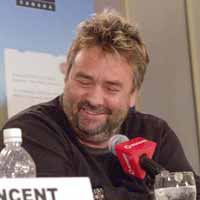 "The main Hollywood films became a little poorer every year. The independent American films are much stronger now," Besson told a press conference at the Hong Kong International Film Festival.

"All the artists who were in the studios 10 years ago, they get fired one by one and replaced by lawyers, bankers, agents," he said.

The director, however, said he draws inspiration from movies around the world including Hollywood's.

"The best food is the diversity," said Besson, whose credits include "Nikita," "The Professional" and "The Fifth Element."

The French director said he isn't particularly proud of one of his most famous movies "Nikita," the story of a female assassin, because he struggled with the script and had to interrupt shooting after 10 weeks to rewrite it.

He said he hopes to communicate with children with his new movie "Arthur and the Minimoys," which mixes live action and animation to relate a 10-year-old boy's meeting with miniature creatures, reports AP.

"I realized that there are so many things I wanted to say that I never was able to say because I made films that were a little more violent," Besson said.

"Talking about childhood, talking about ecology, relationships, racism. There are lots of subjects I want to talk to children about," he added.