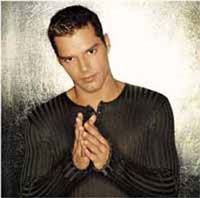 In a news release, parade organizers said the honor recognizes Martin's musical success and his efforts to fight the exploitation of children worldwide.

"He has always expressed his pride as a Puerto Rican and a Latino," parade committee president Madelyn Lugo said. "He has served as one of our greatest ambassadors, and we can't think of a better role model to honor as the King of the Parade."

Martin, named Person of the Year in 2006 by the Latin Recording Academy, accepted with gusto.

"I am honored and very humbly accept the invitation to participate in the 50th anniversary of the national Puerto Rican parade," he said.

Lugo said that while the parade has awarded other titles before such as grand marshal and padrino, or godfather, this year's parade, scheduled for June 10, is the first to have a king, reports AP.

The annual parade up Manhattan's Fifth Avenue is one of New York's most important events and draws a sea of spectators waving Puerto Rican flags. It was established to recognize the culture and contributions of Puerto Ricans to the United States.