James Brown's will drawn up before singer's wedding, birth of son

James Brown's will, which was read last week and excludes his partner, Tomi Rae Hynie, and their 5-year-old son, was drawn up 10 months before the child's birth and more than a year before their marriage, a newspaper reported. 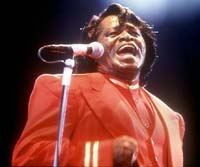 James Brown's will drawn up before singer's wedding, birth of son

The exclusion has added to a dispute about the soul singer's legacy.

Brown's attorneys contend that Hynie is not Brown's widow because she was still married to another man when they said their vows. They have said Hynie later annulled her previous marriage, but she and Brown never remarried.

Hynie says she was legally married to Brown, reports AP.

The will calls for Brown's personal effects to be divided equally among the singer's six adult children.

North Augusta, South Carolina, lawyer James Huff said that if a will specifically names some children but excludes others, the excluded children have no claim to the parent's assets, regardless of when they were born.

Huff represented Brown when he sought to annul his marriage to Hynie in 2004, a petition the singer later dismissed.