Supermodel's stepdad is allowed trips out of prison

The former stepfather of supermodel Maggie Rizer is allowed to leave his prison during the day as part of a work release program, according to a media report. 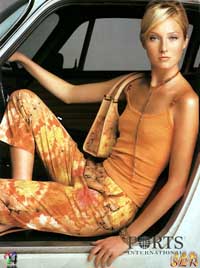 Supermodel's stepdad is allowed trips out of prison

John Breen Jr. pleaded guilty to stealing up to $7 million (Ђ5.3 million) from Rizer. He is serving a 1 1/3- to 4-year prison sentence at the minimum-security Buffalo Correctional Facility in Erie County.

Breen, who will eventually be allowed to stay away from the prison overnight, is participating in the state Department of Correctional Services' work-release program, the Watertown Daily Times reported.

"He is being permitted to go out each day when his hours of employment make it necessary," said Linda Foglia, a DOCS spokeswoman. "He also can go out on Saturdays and Sundays for a period of time."

Breen has been looking for a job in the Buffalo area and has applied for permission to live at his sister's Watertown home. Parole officials rejected that request, reports AP.

Breen had power of attorney over Rizer's bank accounts, and claims to have spent much of the money playing the lottery at local bars.

Rizer has appeared on the covers of Vogue, Harper's Bazaar and Allure magazines.