Human rights groups want Malawi's courts to review a ruling allowing Madonna to adopt a child from this impoverished, AIDS-stricken southern African country, according to one of dozens of organizations involved. 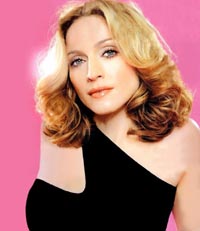 Boniface Mandere of Eye of the Child, a local child protection society, told The Associated Press Monday a coalition had banded together to try to ensure Malawian regulations meant to protect children weren't being swept aside to benefit a pop star who has been generous to the country.

"The court seems to have made a decision based on Madonna's wealth," Mandere said. "But being a good parent is not about money, it is about caring, having heart, it's about love."

Mandere said the groups could approach the courts Monday or Tuesday, after getting legal advice "to decide whether to ask for an injunction or stop order so that we can ascertain what steps were taken to ensure that Madonna can properly care for the child."

The Malawi High Court granted preliminary custody of a 1-year-old boy to Madonna and her film director husband Guy Ritchie on Thursday, even though the law requires would-be parents to live in the country for a year while social welfare officers investigate their ability to care for a child. Malawi law also does not allow for foreigners to adopt children, though neither are such adoptions banned outright.

One-year-old David did not leave with Madonna and Ritchie Friday because final legal arrangements were still being made, Madonna's spokeswoman said last week. Malawian officials also said the child's departure had been delayed for procedural reasons, and that he was being cared for in the meantime by members of Madonna's entourage who stayed behind.

Mandere emphasized that his group is not against Madonna adopting a Malawian child, reports AP.

"But we are concerned that the correct procedures be followed and that our laws to protect children are not undermined and our law is very clear that there is no inter-country adoption," he said.

Madonna's charity Raising Malawi is setting up an orphan care center to provide food, education and shelter for up to 4,000 children.

Malawi is one of the world's poorest countries, devastated by AIDS and periodic drought. According to the National AIDS Commission, the HIV/AIDS pandemic has left close to a million orphans here. Because AIDS has killed so many young adults, many children are left in the care of grandparents or older siblings.