Ron Howard: If you fear 'The Da Vinci Code' will upset you, don't see it

Director Ron Howard had a suggestion Wednesday for people riled by the way Christian history is depicted in "The Da Vinci Code": If you suspect the movie will upset you, don't go see it. 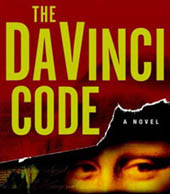 Ron Howard: If you fear 'The Da Vinci Code' will upset you, don't see it

Howard's adaptation of the blockbuster novel opened at the Cannes Film Festival Wednesday with a black-tie premiere that brought Tom Hanks, Audrey Tautou, Ian McKellen and Paul Bettany onto Cannes' famous red carpet. Other stars who attended: Aishwarya Rai, Juliette Binoche and Sidney Poitier, who got a standing ovation when he declared the festival officially open.

Beforehand, Howard answered questions about "Da Vinci" protests around the world and also in Cannes, where a Roman Catholic nun wearing a brown habit kneeled and said a rosary at the foot of the red carpet.

"There's no question that the film is likely to be upsetting to some people," Howard told reporters. "My advice, since virtually no one has really seen the movie yet, is to not go see the movie if you think you're going to be upset. Wait. Talk to somebody who has seen it. Discuss it. And then arrive at an opinion about the movie itself."

"Again: This is supposed to be entertainment, it's not theology," he said.

CBS News correspondent Elaine Cobb reports that the film critics at Cannes have given the film a lukewarm reception. A press screening for 2,000 critics from around the world drew no applause in a setting where even bad movies usually get a few claps.

Some critics jeered and booed during the film and many dismissed the movie as vacuous. Most agreed that the film was completely faithful to the book. Literary critics hated the book, which went on to sell more than 60 million copies. So the fact the movie won few fans among cinema critics doesn't mean it won't be a runaway success too.

Tom Hanks, who stars in the film, hasn't lost his sense of humor during the controversy. When the cast was asked if they believe Christ was married, Hanks quipped, "Well, I wasn't around."

According to New York Daily News, Peter Brunette, critic for The Boston Globe, described Hanks as "a zombie" but praised co-star Ian McKellen.

"It was really disappointing. The dialogue was cheesy. The acting wasn't too bad, but the film is not as good as the book," chimed in Lina Hamchaoui, from British radio IRN.

"Nothing really works. It's not suspenseful. It's not romantic. It's certainly not fun," according to Stephen Schaefer of the Boston Herald.

The Times of London also called Paul Bettany "an absolute peach" for his portrayal of the albino monk, Silas.

He chases Hanks and co-star Audrey Tautou "across Europe with a gun in one hand, and a whip to flagellate himself in private in the other. I've rarely seen an actor have more fun," The Times reviewer said.