France's film commission is disappointed: Woody Allen won't shoot his next film in Paris after all. 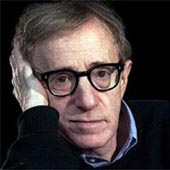 Allen has been working on a Paris script, but it turned out to be too ambitious for his budget, the commission said Thursday in a statement. Instead, Allen will return to an earlier project set in London, where he shot "Match Point."

"This is obviously bad news for French film networks and professionals, who were already delighted to be able to work with Monsieur Allen," the Film France commission said in a statement.

A beloved figure in France, the New Yorker appeared in a 2003 promotional video to lure American tourists back to the land of champagne. Tourism had dropped during the diplomatic standoff over U.S. plans to invade Iraq.