Mummy of Princess of Ukok protects Russia’s Altai from coronavirus

The Altai Republic of Russia has remained the only Russian region where no cases of coronavirus infection have been officially registered. Yerzhanat Begenov, a member of the Altai state assembly, explained that the local authorities introduced the self-isolation regime on time. More importantly, the official added, the people of the Altai Republic remain under the protection of the "Princess of Ukok" - the mummy of a young woman, which was uncovered from the burial ground of the V-III centuries BC. The mummy of the Princess of Ukok is the main exhibit of the National Museum named after A.V. Anokhin in the town of Gorno-Altaysk. 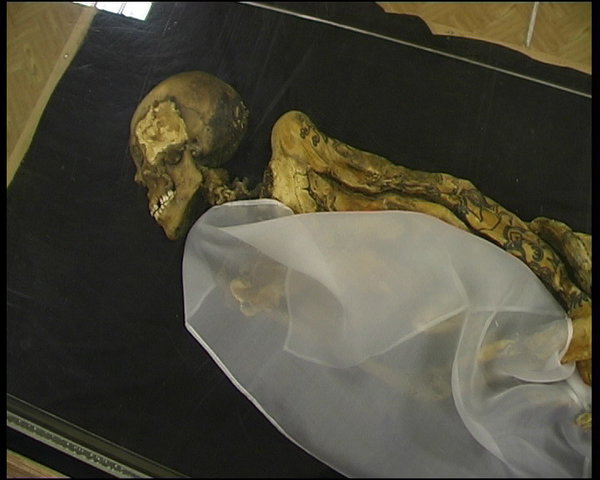 "We have protection. The Altai people worship the mummy, we do treasure it. When the mummy was taken to Novosibirsk, we had an earthquake here, and they say that it happened because the mummy was taken away, we shouldn't have touched her," Begenov told Podyom publication.

The elders of Altai believe that the war in Ukraine broke out because the mummy was taken out of her place of rest. It is believed that the mummy was protecting the gateway to the nether world, preventing the "penetration of Evil from the lower worlds."

The mummy was unearthed during excavations on the Altai plateau of Ukok in 1993 and was named one of the most significant findings in archeology of the second half of the twentieth century. The indigenous population of the republic, which considers the "Princess of Ukok" the guardian of Altai, repeatedly claimed that the mummy should be buried in a place where it would never be disturbed. However, the court rejected the initiative in 2016.

Out of respect for the traditions of the indigenous peoples of the region, the schedule for tourists to access the sarcophagus with the mummy is drawn up in accordance with the lunar calendar. For the waning moon, the sarcophagus is closed. It is opened only on certain days of the new moon period.

The authorities of the Altai Republic implemented the self-isolation regime before April 30. The region suspended air traffic with Moscow and restricted air traffic with Novosibirsk and Krasnoyarsk. The republic also restricted bus services to neighboring regions as much as possible and may completely cancel it if there is no demand for tickets. Tourist complexes and resorts are closed until June 1.