United Russia MP Vitaly Milonov suggested opening a kiosk in the building of the lower house of the Russian parliament that would sell good quality doner kebabs for MPs. 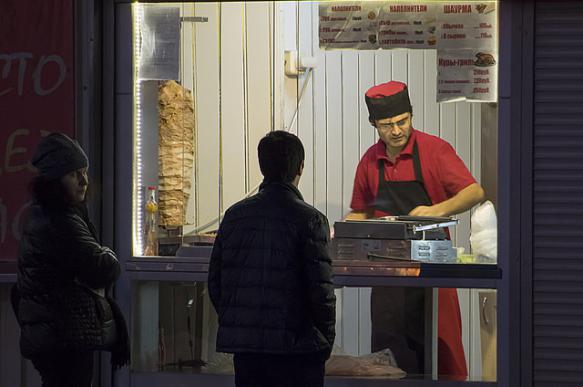 Milonov complained that it was difficult for him to leave his workplace to buy food, especially in winter time.

"Just put up a doner spit with meat, get a chef from Syria or from the Caucasus, and I'm sure that no one will go to restaurants - all MPs will be lining up for doner kebab, I'm telling you this," the MP said.

Milonov even suggested the recommended price - 250 rubles ($4) per one doner kebab.

Vitaly Milonov is an MP who is best known for his anti-gay views and the anti-gay law that he authored.

On October 25, Vitaly Milonov disrupted the opening of LGBT Film Festival "Side by Side" in St. Petersburg. The politician came to the cinema and attempted to stop the audience from entering the building. According to activists, Milonov was shouting: "Homosexual citizens and perverts! Please leave this event!" He also tried to accuse the crowd of holding an unauthorized rally. Festival organisers were forced to call the police