Pyotr Verzilov, a member of Pussy Riot punk band, was hospitalised in critical condition. It was said that the man has been kept in intensive care since September 11. 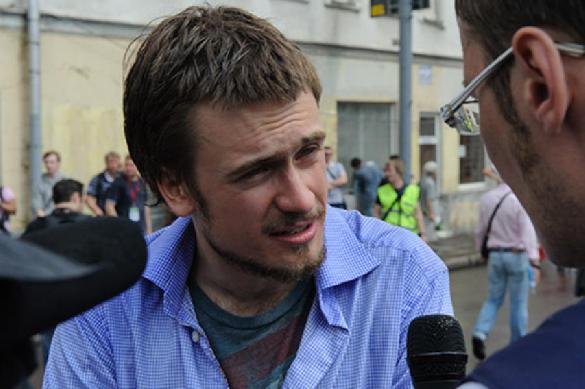 Verzilov's relatives said that he may have suffered from poisoning as he had earlier complained of poor eyesight, then he could neither speak nor walk and eventually developed cramps.

On September 11, Pyotr Verzilov was attending a court session, at which he supported other Pussy Riot members - Veronika Nikulshina and Diana Dedenko. Verzilov intended to pass documents to them, of which he wrote on Twitter. His health condition worsened later the same day.

Verzilov's relatives said that the man did not take any medications that day, nor did he eat anything suspicious. Verzilov did not suffer any traumas either.

"The doctor only said that the condition was heavy, but he was showing positive response to treatment - he started reacting to his name," Veronica Nikulshina said adding that doctors could not inform her about the diagnosis as she was not the patient's relative. Verzilov's mother was not allowed to visit her son, nor was she informed about his diagnosis.

It was reported that Verzilov could suffer as a result of an intake of psychotropic medications.

It transpired, though, that Verzilov suffered vertebro-basilar insufficiency, reduction in circulation of artery blood and impaired brain function.

Doctors said that the patient's medical analyses did not show anything, despite the man's serious condition, but Verzilov's relatives are sure that the man was poisoned. Bloggers assumed that Verzilov was poisoned with a nerve agent. Symptoms of neuroparalytic poisoning include loss of eyesight, muscular paralysis, respiratory arrest. All these symptoms lead to lethal outcome.