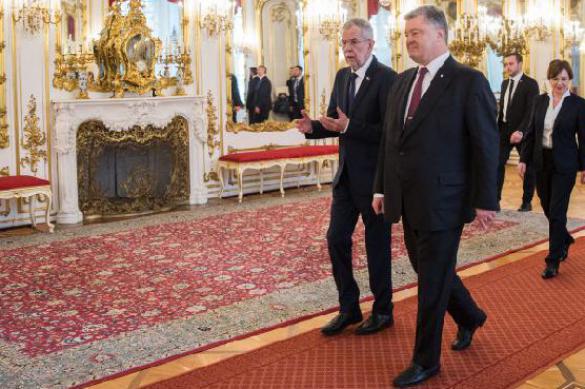 According to the message posted on the website of the movement, Femen activist Alisa Vinogradova appeared semi-naked on the red carpet displaying a message saying "Poroshenko get the f*** out!" before the police dragged her out of the way as Poroshenko and his wife were ascending the stairs.

The purpose of the attack was to inform the higher society that the presence of Ukrainian President Poroshenko, a "primitive huckster and swindler," at an aristocratic event was inadmissible, the message on the webpage of the movement said.

Poroshenko attended the ball at the invitation from Austrian President Alexander van der Bellen, who has the right to invite the leader of any state as his personal guest to the annual event. Reportedly, Poroshenko was accommodated in a loge of the first row.

The Vienna Ball is a traditional event held in Austria during the ball season. The ball takes place at the Vienna State Opera and appears on UNESCO's list of intangible cultural heritage.